We believe you’ll make an excellent decision by choosing Christian education for your children, and we would be honored to be a part of it. Our prayer is that together we will shape your children both spiritually and academically, as well as strengthen their skills and influence their world views. Although our world seems to be changing at a rapid pace, the one constant we can all stand on is Jesus Christ. He is the same yesterday, today and tomorrow! We are excited to not only lead your children to a deeper understanding of who God is, but also to equip them to reach their God-given potential. 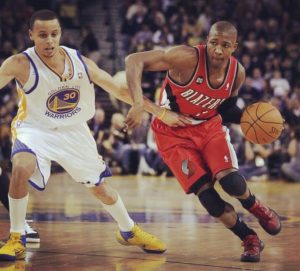 Excel is very excited to have Armon Johnson as our head basketball coach. Coach Johnson is a former Nevada Wolf Pack star who played two seasons in the NBA.

As a high school student here in Nevada, Coach played for Hug High School where he set the state scoring record (he sadly admits that it has since been broken.) He played for the University of Nevada, Reno, from 2007-2010 before he was a second-round NBA draft pick for the Portland Trailblazers and Brooklyn Nets (formerly the New Jersey Nets). As an undergraduate at UNR he was an assistant coach under Eric Musselman.

Coach Johnson loves coaching young people, and was once a coach at the NBPA (National Basketball Players Association) Top 100 camp. The NBPA invites the top 100 basketball players across the country for an opportunity to be coached by NBA players. He is happy to be coaching at Excel where he can build a team that honors Christ first, and where he can influence young people to live out Colossians 3:23:

Work willingly at whatever you do, as though you were working for the Lord rather than for people.

Academic Olympics is a knowledge-bowl type competition between teams of students from schools with whom Excel competes in traditional sports. Students compete as a team, answering questions about topics you’d expect like mathematics, science, literature. Questions may also cover politics, current events, and pop culture. Students prepare for competitions by meeting regularly to study and share their knowledge with one another. Each student has a “niche” of proficiency which makes our team very diverse and very successful.

We’re very proud of the accomplishments of this group of students. 2019 was their year to win big!

We are currently accepting registrations for grades Pre-K-12. Excel Christian School is unashamedly Christian in its purpose and...
Enroll Today Tuition & Fees